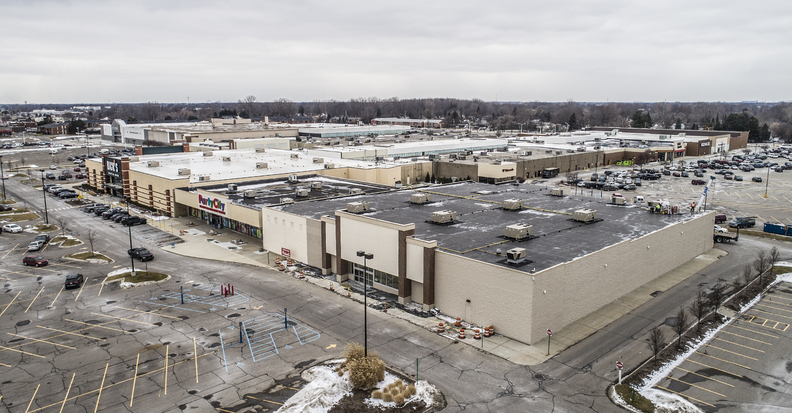 Larry Peplin
Vacancies have decreased at Macomb Mall in the five and a half years that Lormax Stern Development Co. has owned the property.

The mall on Gratiot Avenue at Masonic in Roseville also went under the knife in the five and a half years that West Bloomfield Township-based Lormax Stern Development Co. has owned the property, which Brochert categorized as rundown and in need of serious TLC when they acquired it.

“Right now it’s Thursday afternoon at 2:30 or 3 p.m. When we came in here at 1:30 p.m., the place was jamming,” said Brochert, the cofounder and partner of the company.

It co-owns the property with New York City-based Time Equities Inc. He declined to discuss the ownership structure.

Brochert said $28 million to $30 million was spent improving it and overhauling the tenant roster, including building a new Dick’s Sporting Goods store.

The result is a mall that upends the notion that one of the symbols of 20th-century consumerism is dying. While some malls may be suffering (Eastland Center) or closed (Summit Place, Northland, others) as anchor tenants and other retailers shutter, others have found ways to survive and, in the case of Macomb Mall, reinvent themselves.

“(Lormax Stern) did a great job and it shows what true professional retail development expertise can do in a still-vibrant infill location with the right demographics,” said Dennis Bernard, a metro Detroit real estate expert who is founder of Southfield-based Bernard Financial Group. “They understood both the location and the needs of the community and aligned them very successfully with the appropriate retailers. Mall retail is not necessarily dead, just still shifting around the life cycle.”

Today, the mall boasts tenants such as H&M, Ulta and Dick’s Sporting Goods, all of which were lured to the mall under Lormax Stern’s ownership. The company brought in Dick’s by demolishing the 127,000-square-foot former Value City Store and building the new 50,000-square-foot sports retailer. A Hobby Lobby is also on the way in an attached anchor formerly occupied by Sears; At Home also is in the space.

“When we took over in 2013, the first thing we had to do was get rid of all the riff-raff,” Brochert said. “The cigarette store selling the burner phones and the lotto tickets.”

Dated tiling was replaced with more contemporary flooring. Ceilings were opened up to allow for more natural light. Storefronts were updated. Some retailers were moved to different locations in the mall, while others expanded, like Payless, which nearly doubled its footprint to 6,000 square feet, Brochert said. And a food court is on the way.

“That’s the No. 1 thing that people asked for in this mall: Food,” Brochert said.

Time Equities says the mall today is 93 percent occupied, compared to just 81 or 82 percent when it was bought by Lormax Stern, which also handles leasing and management for the property.

“The consumers that live in the area, we have given them a reason to come to Macomb Mall,” Brochert said.