Suddenly sequestered in their homes, millions of New Jerseyans are realizing a few things: their home office chair is uncomfortable. Their web cameras aren’t up to snuff for Zoom meetings. Their computers aren’t fast enough. Oh, and their kids are bored.

While retailers that focus on clothing and accessories are deemed non-essential, those that cater to remote work and schooling are experiencing a boost in business.

“What we’re really noticing is everyone is trying to outfit their home office and their home entertainment systems,” said Tracy Thie, co-founder of consultancy Powerplay Retail. “You have things like PC monitors and PC accessories that are crushing it, even things like HDMI cables which is a peripheral but it’s a very important piece to make your home office or home theater. Both of those things, you want them to be operating the best because you’re spending all this time home.”

Sales of computer monitors nearly doubled during the first two weeks of March, according to data from market researcher NPD Group. Mouse, keyboard and laptop sales jumped by 10 percent, and web camera sales rose following a period of steady decline. Dual monitor set-ups saw sales of 80,000 units in the first two weeks of March, which is double the figure from the same period last year.

“Those items are really flying off the selves. At least a week ago it was hard to find a standalone web camera anywhere,” Thie said, whose firm deals mostly with big box stores like Target, Best Buy, and Walmart, as well as some unique brands and online behemoth Amazon.

According to Ami Ziff, director of national retail for Time Equities Inc., which has shopping centers, malls and street-front retail locations in New Jersey and 24 other states, at-home fitness equipment “is largely on backorder” throughout the country as people are unable to get their workouts in at the gym. “If you go online and try to order resistance bands or weights, it’s tough to get them delivered or in stock,” he said.

Like many, Ziff made almost an overnight transition to a home office.

“I’d fly four times a week. I didn’t even have a printer at my house because I wasn’t there, and now I’m reading and signing leases at home, and I need a full desktop monitor,” he said.

Sales keeping retailers afloat aren’t just adult-focused. Retailers like Jo-Ann Fabrics and Hobby Lobby are bombarded with orders for arts and crafts by parents looking to keep their kids busy now that they’re home all the time, Ziff said. NPD Group reports that arts and crafts sales are up 70 percent.

In real estate, service industry businesses not available online like hair and nail salons were always “the most coveted tenants,” Ziff said. Gyms, too. But due to stay-at-home orders, “it’s nearly impossible for those tenants to survive now,” he said.

Karly Iacono, vice president net leased properties group for Marcus & Millichap, noted that real estate investors are shying away from anything that requires foot traffic right now, a departure from a previous focus on investing in experiences that can’t be accessed online.

“Gyms are really difficult right now because they’re at zero income, they’re completely shut down. Fitness is very hard to transact right now. Hotels are impossible. Anything 100 percent dependent on foot traffic and on people being there, there will be an issue transacting right now,” Iacono said.
The biggest shift Iacono has seen in retail real estate investments during the ongoing COVID-19 pandemic: everyone wants drug store investment properties.

“CVS and Walgreens have always been great tenants, but their lease structure tends to be flat for a long time. Previously, investors were looking for more rent growth. But in terms of net lease, drug stores have taken off,” Iacono said. “We have a Rite Aid we just brought to market in the middle of this chaos. We were really debating if we should we even release new inventory, but we decided to go ahead and we’ve had three offers in the last four days. It’s a shift in what people consider stable.”

Iacono noted an uptick in the demand for auto parts stores such as Auto Zone and O’Reilly’s, citing that with the potential of a recession, “we’re expecting people to hold onto their cars longer.” There’s also an increased demand for home improvement stores like Home Depot and Lowe’s, she explained.

“[If we go into a recession], people will do more home improvement. If we don’t, people will continue more new building. Either way, they really have an angle, and they’re still able to operate and fulfill orders during the shutdown,” Iacono said.

For retail analysts like Thie, sales projection is rarely a guessing game. The uptick of home office equipment may have some folks scouring their local office supply stores and box stores for computer monitors now, but lack of inventory isn’t indicative of a long-term supply chain issue, he said.

“I can tell you within a certain percent of how many units were going to sell week by week because it doesn’t change that much. Outside of an event that happens when everyone goes in and buys all the canned soup or cameras for their PC, the supply chain is still working very efficiently,” Thie said. “They just didn’t plan for all of those sales.”

In other words, the barren laptop shelves at Staples or the barren paper product aisle at ShopRite?

Check back next week, or order now to pick up when its available. The manufacturers and distributers are still running.

In real estate, Iacono notes that the focus on “everything medical” like drug stores is short-sighted. “The pandemic will pass. I do think they’re wonderful investments, but this is not an eternal situation. We’ll have a rebalancing of the system. Drug stores will continue to be a stable investment, but I don’t think you should go buy everything medical.”

And though online retail will continue to expand, and Thie predicts that its utilization after the COVID-19 pandemic will be higher than it was pre-pandemic, brick and mortaring “will always be the way” to shop, at least for some things, he said.

“As a country we’re not a stay-at-home society. We’re an out-and-about society. But we’re also a convenience society, and we want to take the path of least resistance,” Thie said. “For people who had never shopped online before, I think they’re going to realize how easy and convenient it is, and that that will stick when this is done.” 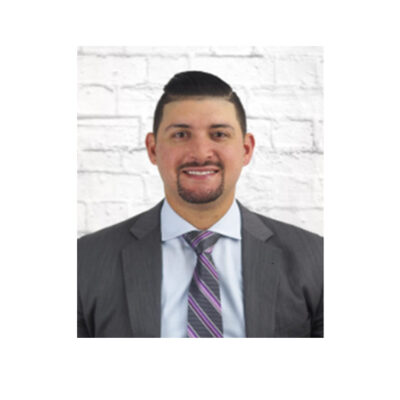 
Ami Ziff serves as the Director of National Retail for Time Equities, Inc. (TEI). In his ninth year with TEI, Mr. Ziff is responsible for retail acquisitions, dispositions, asset management and leasing of a 9 MM square foot portfolio of 122 properties across 25 states.


Dennis manages the commercial construction division at Time Equities Inc. Since his hire and for the past 8 years this division has successfully implemented over 100 retail projects for both tenant and capital improvements across the United States and Canada.