Knoxville Center Mall, also known as East Towne Mall, may now be closed, but East Tennessee is not without it shopping center options. Traditional malls still have a significant part to play in Knoxville’s overall retail landscape.

Growth continues at West Town Mall. The Kingston Pike shopping center has begun demolishing the former Sears building and plans to outfit new tenants in a one-story, 80,000-square-foot building in its place. And worldwide fast fashion retailer H&M, long a fan of college towns, will open a 23,000-square-foot storefront inside the mall.

But there are a few other mall options you might have forgotten about.

CBL & Associates Properties Inc. built Maryville’s Foothills Mall in 1983 and College Square in Morristown in 1988; it sold the two properties for $53.5 million in 2017 to New York-based investor Time Equities Inc.

Here’s a look at the health of and future plans for these two malls.

Foothills’ square footage is listed as 463,591 by Urban Retail Properties, its leasing company. According to a count by Knox News, there are about 40 stores and food options in the mall, along with a smattering of kiosks.

Current occupancy is at 89%, according to general manager Michael Kaufman, who describes the mall as being in good health.

The shopping center’s greatest challenge is that of competition, he said, which includes West Town Mall and Turkey Creek, as well as developing retail in Maryville and Alcoa.

In its favor is the ease of access to and visibility of the property, as well as continued growth around the immediate area.

“The real estate is quite valuable and there’s long-term viability in terms of growth around the mall, so that continues to assist the mall in value and it gives us a better chance at continually redeveloping the property,” Kaufman said. “Malls nationwide are continuing to show challenges, so we feel like we’re doing pretty good under the circumstances, brick and mortar being what it is right now.”

All the anchor pads are filled with the exception of Sears, which closed about 18 months ago. Owned by a third party, Kaufman said there are current efforts to re-lease the Sears building.

The mall has also added several local tenants in the last year, Kaufman said, and has a temporary tenant program to entice home-based and small businesses.

“The one trend that I’ve seen probably is the importance of a healthy national tenant and local and regional tenant mix,” Kaufman said. “I think that provides the community with something that’s not just so cookie cutter like you’ve seen in malls across the country.”

The 36-year-old structure is in good condition, Kaufman said; a new roof was put on about four years ago. Ziff said the company is in the midst of a renovation plan that began with replacing flooring and upgrading lighting inside Foothills. The second phase of that will include upgrades to the main mall entrances.

“We’re continuing to spend money on the property and ownership doesn’t do that unless they have long-term commitment,” Kaufman said.

Foothills underwent a $2 million renovation in 1997; a Knoxville News Sentinel article estimated the mall’s occupancy rate was 80% at the time.

Morristown’s College Square is a similar size and was built in 1988, five years after Foothills.

Its anchor tenants are Belk, Kohl’s, Dick’s Sporting Goods, a 12-screen AMC Theatre and TJ Maxx. Its occupancy is above 90%, said Kaufman, who is also the general manager of College Square.

It has benefited from a growing community and a lack of competition in the immediate area, Kaufman said. Immediate competitors include Walmart and Hobby Lobby.

“When it comes to the big box competitors that you see in the Maryville area … we lack that here,” Kaufman said. “A lot of our customers that shop at College Square are from the seven or eight outlying counties, along with those shoppers from Morristown, Hamblen County. We draw from quite an area of primary and secondary markets.”

How has Knoxville Center’s decline impacted these malls?

Knoxville Center Mall’s long decline has affected both his malls, Kaufman said, though it has been a slow process. In his mind, College Square was a direct competitor with the now-closed mall for customers on the east side of Knoxville and in Jefferson County.

“I can tell you that both of these centers have increased in their sales per square foot dramatically within the past five to 10 years,” Kaufman said. “And you don’t get that simply by drawing on your local community’s patrons. You do that by capitalizing on other people’s, other retailers’ market weaknesses. And that I think is essentially what has happened with College Square especially. Because (Knoxville Center Mall) and College Square used to be direct competitors, especially in the area of Jefferson City and New Market.”

Ziff said both malls are considered long-term assets by Time Equities and there is a still a place for well-run malls in the market. Owners who invest, re-invest and re-invent their mall experience will not only survive, but outperform.

“Consumers crave experiences and are habitual procrastinators, so the value proposition of a dynamic mall addresses both of these important needs,” he added.

CRE Experts Mostly Aced Their 2021 Predictions. Here’s What They Missed — And 3 Trends No One Saw Coming 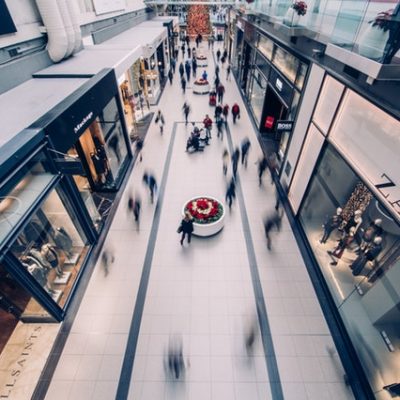